Death of a French film star

Gaspard Ulliel has died at the age of 37 while skiing in the La Rosière resort, in the French region of Savoie. With the release of the Marvel 'Moon Knight' in the pipeline, he is most famous for his roles in 'A Very Long Engagement' and 'Hannibal Rising,' the actor passed a few hours after suffering a brutal accident.

Impact with another skier

As reported by BMF TV, Gaspard Ulliel collided with another skier and was seriously injured. He was taken to the hospital in Grenoble.

He survived for a few hours

The first reports released stated that he was in a serious condition. But, finally, the sad news of the death of the enormously talented actor, boasting two César awards to his name (the Oscars of French cinema), was announced.

The French media have reported that the Public Prosecutor's Office will open an investigation into the incident (in the picture, Gaspard Ulliel with the actress Isabelle Huppert).

Father of a six-year-old child

Gaspard Ulliel has a six-year-old child with model Gaelle Pietri (pictured here alongside the late actor).

Acting from a very young age

Gaspard Ulliel began his acting career as a teenager with small roles on television. At the age of 15, he was part of the cast of the series 'Mission: protection rapprochée'. He soon made the leap to acting alongside icons of French cinema.

With Monica Belucci and Emmanuelle Béart

In 2001 he had a short role in 'Brotherhood of the Wolf', a film starring Monica Bellucci and Vincent Cassel, and in 2003 he co-starred with Emmanuelle Beárt in 'Les Égarés' ('Strayed').

But perhaps his leap to international fame came with the film 'A Very Long Engagement' (2004), in which he starred alongside Audrey Tatou (in the picture) and Marion Cotillard.

An icon of French cinema

From then on, his career skyrocketed and he worked in international films such as 'Paris, I Love You' (2006) and 'Hannibal Rising' (2007).

He won his first César with the aforementioned 'A Very Long Engagement' and his second in 2017 with 'It's Only The End of the World', a film by Canadian director Xavier Dolan.

Among the roles he played was that of the famous designer Yves Saint Laurent, whom he played in a 2014 biopic.

He was a charismatic actor and a regular at the Cannes Film Festival, where his commercial and independent films often premiered. In the picture, with Léa Seydoux.

Gaspard Ulliel had been signed by Marvel for 'Moon Knight' for the role of Midnight Man. The series is now in post-production and he filmed all six episodes of the series.

Photogenic with a lot of personality

From a very young age, Gaspard Ulliel showed his personality in front of the cameras.

The actor was due to premiere the film 'Plus que jamais' (More than Ever) with Norwegian film icon Liv Ullman later this year.

Farewell to a great actor

The world says goodbye to a great actor who had a great future ahead of him. His many roles in TV and film will keep his memory alive. 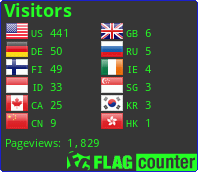